When I return from my second year of Camino walking in 2015, I decide that I want to tackle the lack of navigational skills that are one facet of my dyspraxia.  Through walking I’ve acquired both an awareness of the scope of my inabilities and the confidence to tackle them.  I ask my friend Sarah who’s a trained mountain guide and owns a retreat farm in the Black Mountains of Wales if she’ll give me some lessons.

After an introduction to the basics and some preliminary forays together, Sarah decides to let me loose.  My mission: to walk the 11 kilometres from the farmhouse to Hay-on-Wye, armed with an Ordnance Survey map and some high-level notes.  No point in beating around the bush here, my first two attempts end in failure, but I learn Something-Useful.  I learn that the first gate you encounter isn’t necessarily the correct gate; that what’s on the ground in front of your feet bears very little resemblance to what’s on the map in front of your eyes.

Alfred Korzybski’s famous remark about the map not being the territory drifts into my head.  He was using it as a metaphor for the difference between belief and reality, but, for me, on this particular morning, it has a more literal interpretation.  I understand that the map in my hand is only a representation; this insight relaxes me.

Unleashing the power of a simple question 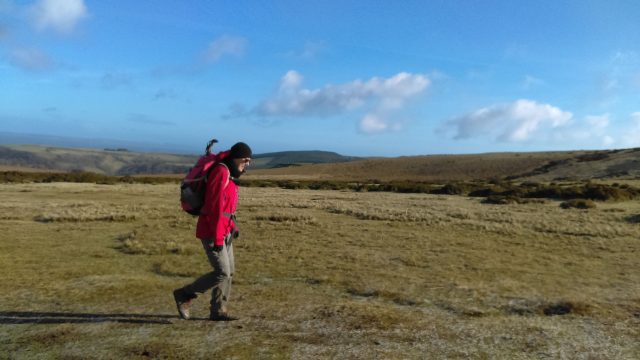 I decide to Accept-Defeat-and-Call-for-Help.  Sarah has to work out where the hell I am and come and collect me by car.  Nothing daunted, I set out for the third time – and get lost at exactly the same point as previously.  Instead of feeling frustrated and beating myself up, I look around and ask myself one very simple question:

What do I know?

I know that the biggest and nearest feature is a large, triangular-shaped pine forest.  It’s on my right.  There it is on the map: Tack Wood.  And the map shows me that Tack Wood leads directly to the gate I’m seeking.  All I have to do is follow the fence-line and I’ll be where I want to be.  So it proves.  At the third time of trying, I make it all the way to Hay.

But that’s not the best bit of the story.  That comes when I tell Sarah about the Tack Wood Incident.  That’s called “hand-railing”, she says with a big grin.

Well I never, I’ve discovered a navigational technique all by myself.  It only goes to show the wisdom of the NLP presupposition that:

We already have all the resources we need.

I’ve known this in my head since 2004, but now I know it in my body, and that’s a very different feeling.  This is the second lesson that walking has taught me.  And I’m going to add one small caveat to the presupposition: stop and calm down first.  That way, it’s much easier to find your resources. Read more about how I use my resources to heal myself in three free chapters of my forthcoming book.