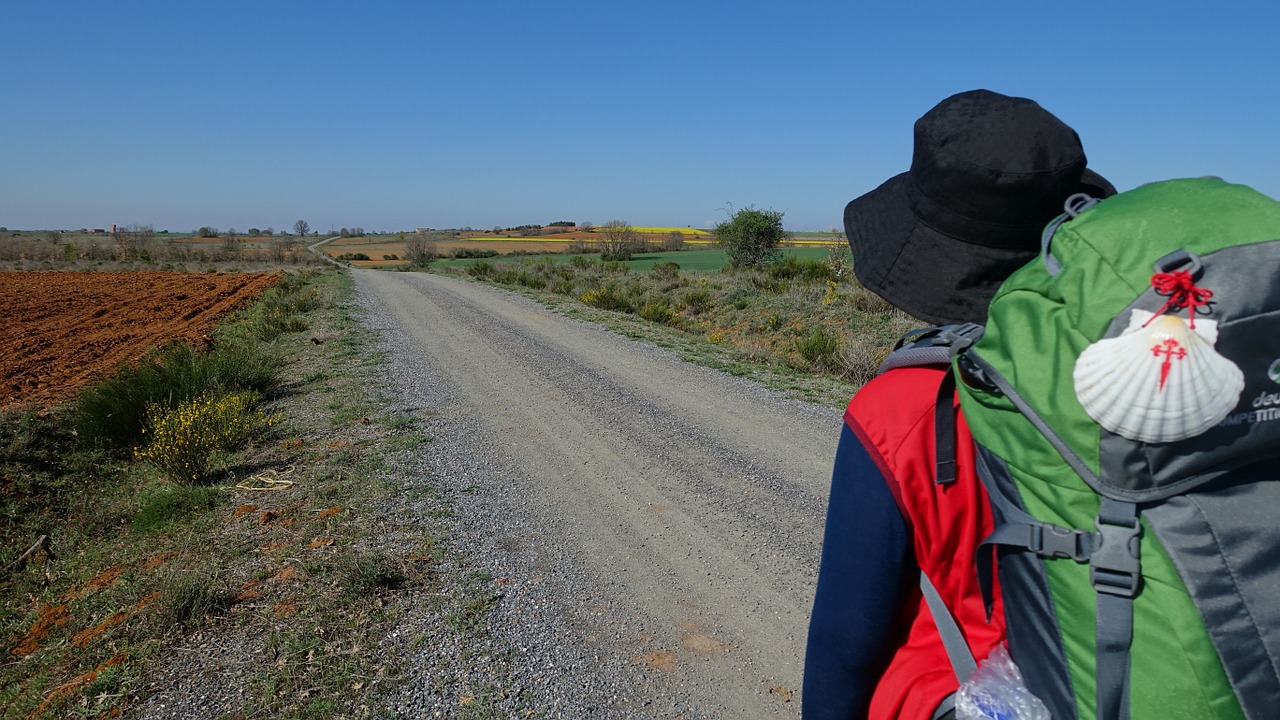 Industrialist Henry Ford had the answer to that. ‘Whether you think you can or you can’t – you’re right.’ Sometimes the only thing stopping us from achieving a dream, such as walking a Camino pilgrim route, is ourselves. We allow ourselves to be confined by what we believe about ourselves.

If we become too attached to these self-beliefs, they can confine us. They can deprive us of our ability to act beyond them, to behave in different ways. Let me give you an example.

Do we want to be confined?

When I was 12, my music teacher told me I was tone deaf. That’s a  verdict from an authority figure that I took to heart as a self-belief. I became ashamed of my own voice, and mimed rather than sang. It was only when I took up long-distance walking in 2014, when my body started to heal itself, that my inherent musicality demanded to be let out of its long confinement.

At first, it manifested as musical mutterings as I walked. Then, in 2016, I met a fellow pilgrim who was mad about music. He taught me the words and melodies of five songs. And I sang them – hesitantly and with more bum notes than good, but gaining in confidence as singing began to feel more natural.

I didn’t morph into a songbird overnight, but I did overcome my self-limiting belief that I could never sing. The only way I did that was by getting out of my comfort zone and trying – which involved what most of us would perceive as failing.

Why do we fear failure?

We tend to regard failure as the worst thing that can happen. This is an adult perspective that misses the point. We’ve been conditioned to fear failure.  Fear doesn’t exist during our early years when we acquire more skills than at any other time in our life.

Watch toddlers learning to walk. They haul themselves on to two feet, stagger along for a short distance, fall onto their bulging, nappy-clad bottom, smile, laugh and clap, and then repeat the process. Toddlers know instinctively that failure isn’t an activity that merits criticism; it’s an activity that merits celebration, or, at the very least, curiosity.

What if we were curious?

If we engage with the curiosity and celebration of failure that we knew as children, it becomes much easier to extend ouselves beyond our own labels. I’ve reached the point where I no longer want to be confined by, in this instance, a casual and callous remark made by a music teacher 50 years ago.

I’ve finally felt the joy and exhilaration of singing that so many of my musical friends have described to me. I felt it as I walked singing into Santiago de Compostela, the final destination of many European pilgrim routes, in 2016. Was I still singing bum notes? You bet. Did they send me scurrying back into fear of failure? No: failing is how we learn. It’s only by correcting our mistakes that we achieve mastery.

I’m a long way from mastering music, but knowing that I’ve found the courage to give it a go feels way better than being confined by my belief in ‘tone deaf’, which it turns out is nothing more than a myth.

Moving beyond our comfort zones is going to feel uncomfortable. But, as Brene Brown says: ‘We can choose courage, or we can choose comfort, but we can’t have both. Not at the same time.’ I’m choosing courage: in spite of suffering from dyspraxia, and having no sense of direction, I walk a different Camino de Santiago every year. If you’d like to know more about my adventures, you can download three free chapters of my forthcoming book.

In the meantime, which are you choosing: the comfort of your labels or the courage to act beyond them?

FIND ME ON SOCIAL MEDIA