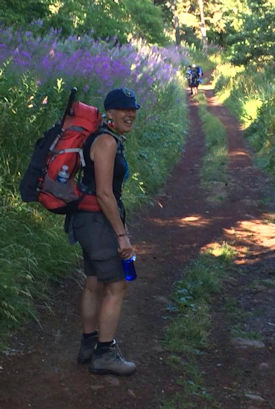 Maybe I’m so passionate about our relationship with ourselves because mine used to be so poor. Mind you, I had an excuse.

I didn’t know I had dyspraxia, a neurological condition that affects balance, coordination, memory, and speech, until I was 59. Up until that point, I used to berate myself because I didn’t understand why so many seemingly simple activities – finding the way, using a can-opener, unlocking a door – were beyond me.

From an early age I found solace in reading and writing. The latter became my career. As a corporate copywriter, I produced thousands upon thousands of words, not a single one of which ever appeared under my own name.

My career blossomed, but my health withered. Aged 30, I started suffering from migraines. The demands of my corporate career were doing my head in. Aged 40, my back gave way. My lifestyle was insupportable. Aged 50, I developed a gluten intolerance. I couldn’t stomach my daily life. My relationship with myself was so bad that I heard none of these messages.

There was a brief respite from 2004 onwards when I discovered personal development and coaching, and trained to be a coach and hypnotherapist. A measure of self-acceptance arrived in 2013, the year I discovered I had dyspraxia.

The ill-health continued though. By 2014, I couldn’t walk a kilometre without sitting down because of my back pain. I was also confined to bed two or three days a week with crippling migraines.

It was only when I asked myself what I could do to improve my ailing relationship with myself that I reconnected with my inner resources and listened to my instinct which I’d ignored for so long. And so, inspired by the words of Adam Wells speaking about the Camino de Santiago, I found my way back there – even though I’d nearly died on the Camino three years earlier.

It was by walking the Camino that I recreated my relationship with myself, and emerged from the self-imposed limits and beliefs that compromise our ability to truly be ourselves.

To understand some of that process, you can download the bonus chapter of Wisdom Along The Way here.

Other places to find me

You can listen to me talking about my Camino adventures and my dyspraxia to Lisa Cybaniak, as part of her Life Like You Mean It podcast.

If you’d like to contact me directly, I’d love to hear from you – my email is elaine@elainehopkinsauthor.com.